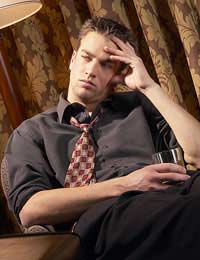 The Twelve Steps, as developed by Alcoholic’s Anonymous, have become both a way of life for many and a substantial industry, especially in the USA where a range of Twelve Step Programmes cover everything, including addiction to self-improvement, the so-called Twelve Step, Twelve Step programme!

What Are The Twelve Steps?

The steps aim to free people from their addictions, by giving them the tools to change their lives. They can roughly be divided into four categories

How Are The Steps Worked?

The steps are meant to be worked sequentially, to allow the addict to get rid of addictive behaviours as they develop more self-esteem, a spiritual life, and more freedom and happiness in their daily existence – this is called recovery. In reality, many steps are worked out of sequence – for example, in AA, an alcoholic with only a little more recovery than a newcomer may serve as a sponsor, guiding the new arrival through the first steps. This is because sponsorship is considered to be a 12th step principal in action, it is carrying the programme to others, and it is the key to sobriety in the Big Book, which was written by the founder of Alcoholics Anonymous, Bill W.

The steps encourage an addict to work through questions about their life – the answers to these questions are shared with the addict’s Higher Power (the God of their understanding) and with another person (often a sponsor or maybe a religious leader, therapist or counsellor or trusted friend) so that feedback on the answers can be received by the addict. The feedback is meant to give the addict a 360 degree view of their reality, their character assets as well as their defects, and to allow them to make changes to their lives that permanently free them from their addiction. This process leads to the 12 promises which revolve around freedom, fellowship and happiness.

Criticisms Of The 12 Steps

The 12 steps do not work for everyone, and those who find the process to be difficult often feel that the steps are a process of indoctrination. For people who have no spiritual belief, the Higher Power part of the steps can be an impossible stumbling block, and many therapists feel that the 12 steps simply transfer dependency from a substance or behaviour to the programme itself, instead of resolving the deep-seated issues that led to the addiction in the first place.