Home > Recent Research > Animals and Alcohol: Are We Designed to Drink?

Animals and Alcohol: Are We Designed to Drink? 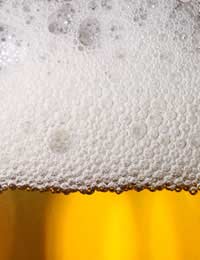 There are many myths about animals and alcohol, but is the human the only creature that chooses intoxication? Maybe not.

In the Old Testament, there is a story about the arrival of booze in the post-Flood world. Noah saw one of his goats acting a bit oddly and realised the ‘giddy goat’ had been eating fermenting grapes. So he tried the grapes himself, and by the time he should have been taking the herd back home, he was intoxicated enough to start singing, take off all his clothes and then fall asleep. Not content with a single experience, he set off the very next morning (so presumably he didn’t get a hangover) to dig up some vines so he could have a vineyard nearer to home.

The ‘discovery’ of fermentation is a naturally occurring process. Most fruits, and many tree saps have a high sugar content which, when combined with warmth and yeast spores carried on the air, can create a simple alcohol. Many insects seem to be attracted to this basic hooch, although it is probably the sugars that draw their attention, rather than the alcohol. Some primitive tribes follow wasps that seek out fermenting fruits and then harvest the fruits to make beer with wild grains.

There’s also no doubt that many larger mammals deliberately look for alcohol once they’ve developed a taste for it. Bears, in particular, like a drink, and in the mountains of the northern states of America, bear attacks are sometimes linked to people operating illegal stills who get between the bear and his tipple.

West Bengal has seen some anti-social animal behaviour too. At least three incidents of elephant attacks are related to the animals breaking into alcohol warehouses and drinking spirits.

In 2008 a group of researchers exploring the Malaysian rainforest found some species new to man, and some behaviours as old as humanity! A palm tree common in the forest produces a nectar that ferments if the palm’s crown fills with rain water. The resulting alcohol is as strong as the average beer.

Two species of mammal, the pentailed tree shrew and the slow loris seemed to have a particular liking for the palm drink: they visit the tree several times a night and drink what would be the human equivalent of nine units of alcohol. Interestingly, neither mammal displays the disorientation and anti-social behaviour that other mammals show when drunk, suggesting that they have evolved to manage their alcohol intake. They also act as a pollinator for the palm tree, making the relationship symbiotic. As these are the most primitive mammals found to exhibit a preference for alcohol, there might be evolutionary changes in the human physiology that make us better able to tolerate a few drinks, but it would take thousands of years for that to happen.

In early January 2010, the town of Constanta in Romania suffered a strange plague – dozens of dead starlings were found near the outskirts of the city. Local people feared an outbreak of avian flu but it seems that the birds had gorged themselves on ‘marc’ which is the pulp left after grapes have been turned into wine. The marc, combined with below zero temperatures, caused the birds to develop acute alcohol poisoning and die.

Several studies show that animals deliberately bred in the laboratory to prefer alcohol to water have a different physiological response to stress. It seems that they find alcohol more reinforcing which means they are more likely to return to it again and again. This may suggest that people with alcohol dependence have both a family history of alcoholism and a pattern of high stress followed by relapses into alcohol abuse. There are studies under way to test this hypothesis. If it’s proved, there could be ways of switching of the stress response to protect heavy drinkers from stress-related relapses.
You might also like...
Share Your Story, Join the Discussion or Seek Advice..
Title:
(never shown)
Firstname:
(never shown)
Surname:
(never shown)
Email:
(never shown)
Nickname:
(shown)
Comment:
Validate: