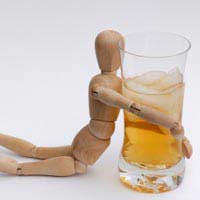 For many people, alcohol is part of their identity and their chosen lifestyle – and for most, this is not an issue, but for people who have problems with alcohol, recognising that their behaviour is compromising their health or relationships can be difficult and them may feel defensive, reject the evidence or deny it when somebody else raises it with them.

In 2008 The Telegraph newspaper commissioned research into the different personality types of heavy and problem drinkers and the researchers developed nine categories into which people’s drinking may fall, and which could all lead to binge drinking or alcoholism.

These are people who find alcohol is a tool that allows them to feel in control of life – many people in this category may use alcohol to calm themselves down in stressful situations. It seems likely that middle-class people, of both genders, may use alcohol to deal with work and social pressures and that this could continue into binge drinking at times of intense stress.

Many people, but more often men in their forties to sixties, feel the need to ‘fit in’ and are uncomfortable about a lack of structure to their lives. Regular drinking in a social setting such as a club or pub may give them the illusion that they have a structure and a place in which they belong but that could become habitual drinking or alcohol dependence.

Drinkers who are bored will use alcohol to provide stimulation and as a way of reducing the monotony of their lives. Because alcohol is a disinhibitor, it increases the sense of stimulation in bored people.

Depressed drinkers can come from any part of society and be of any age or gender. They are seeking safety and security and some emotional comfort, and often alcohol meets these needs without them having to ask outsiders for help, which can be an almost impossible thing for them to do. Because depressed people often seek routines into which they can sink themselves, alcohol can become a habit that takes over their existence and is as debilitating as their mental health issue.

These are people who are lacking in confidence and use alcohol as a way of keeping in touch with people they care for. Their social drinking can become a habit, but this habit can easily be broken if they become friends with non-drinkers.

Highly motivated by the need to belong, rather like conformist drinkers, the difference with these alcohol-consuming people is that they are usually part of a big groups, such as a social clubs, factories, churches and choirs or other large work or community associations – their drinking is predominantly social in nature and could tip either into alcohol dependence or away from it as the group becomes less alcohol focused as its members age.

This is a group of people who are often divorced, with teenage or grown children, they feel life is passing them by, and use alcohol as a way of helping them cope with their feelings of sadness and loss and to allow them to find easy routes to pleasure.

The traditional drinker, these are men who enjoy spending almost all their spare time in public houses and other male-dominated social settings.

Often divorced or unmarried men, or those from highly regimented settings such as orphanages and care homes or with military backgrounds. They feel a pub or club is their second home, often more welcoming than their real one.

What’s more worrying than the categorisation of binge drinking is that it’s becoming a European epidemic, with more than one in three people in Ireland saying they binge drink at least once a week, and drinkers in Romania, Austria, Germany and Britain with slightly lower but still disturbing levels of over-drinking. A survey taken in October 2009 interviewed nearly 27, 000 people in 27 EU nations to discover which nationalities drink most.

What Happens When you Quit Drinking?