A Brief History of Alcohol 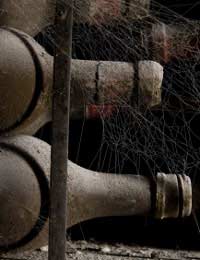 With all the current media furore about binge drinking and alcohol abuse, you might imagine that the making and consumption of alcohol is a relatively recent trend. But in fact, alcohol has been around since the stone age.

Archaeological evidence suggests that as long ago as 10,000 BC, our Neolithic ancestors fermented and drank beer. Following this, tools for the production of wine have been discovered in China, dating back to 7,000 BC, and by 4,000 BC, wine had started to appear in Egyptian pictographs.

The earliest written accounts of alcohol were given by the Sumerian civilisation (an area now to be found in modern-day Iraq), also in 4,000 BC. In these accounts, the procedures for making alcohol were described, as well as descriptions of its effects when drunk.

From Philosophy to Religion

The ancient Greeks wrote at length about the positive and negative effects of alcohol. Many of the great philosophers had strong opinions on the subject: Plato, for example, believed, "he was a wise man who invented beer." He and his contemporaries were, however, strongly critical of drunkenness.

During the time of the Roman Republic and Empire, trade in wine and other alcoholic beverages grew enormously. The Romans themselves were particularly vocal about alcohol: The great philosopher Seneca stated that, “drunkenness is nothing but voluntary madness." During the Roman period came the first complaints of widespread public drunkenness, and perhaps what we'd now describe as "binge drinking": alcohol was distributed for free at festivals, and often led to large-scale disorder and even riots.

In Europe, religion has a large part to play in the history of alcohol. In the early Christian period, it was the monks who perfected the brewing and large-scale production of beers and wines, which they would sell to the public. The Church itself claimed that alcohol was a gift from God, but also that drunkenness was a sin.

By the end of the middle ages, most European nations had developed their own distinctive brewing and distilling styles. Throughout this period up until the 17th century, alcohol was still widely praised, especially by the Church, which was at that time the arbiter of morality.

The large-scale distillation of alcohol into spirits marks the next phase in its history. Distilled spirits from grain, often flavoured with juniper, became immensely popular in Britain. In 1690 the British parliament even passed a law to encourage, "the Distillation of Brandy and Spirits from Corn." This led to a massive surge in gin production and consumption, which was quickly blamed for widespread health problems and social unrest.

During the early 18th century, the mortality rate from gin was thought to be so high that it actually stabilised London's rapidly growing population. Concern over the effects of gin on British society led to the Gin Acts, of 1736 and 1751 respectively, which taxed and regulated the production and sale of gin.

Alcohol In The USA

In 19th century America, spirits were produced and drunk in almost unbelievable quantities. By the 1820s, a surplus of corn had led to a massive growth in the production of whisky. It is thought that during this time, the equivalent of a pint of whisky for every man, woman and child was being drunk every day across America. This led to the beginning of the prohibition movement, which sought to ban all forms of alcohol across the United States.

Prohibition reached its climax with the National Prohibition Act in 1919, which led to the banning of the sale and manufacture of alcohol across the United States between 1920 and 1933. Owing to the massively lucrative trade in black market alcohol during that period, the Prohibition is widely regarded as having done more to boost organised crime than any other act in the history of the United States.

Alcohol In The Present UK

In Britain, the late 20th century and early 21st have seen widespread increases in public drunkenness. But there is nothing new about this issue. Whatever your opinion of alcohol, it is clear that the pleasures and problems that it brings have been with us for a very long time. Therefore, it is up to us to find new approaches to manage this ancient, pleasurable, and dangerous substance.