Facing Up to Alcoholism 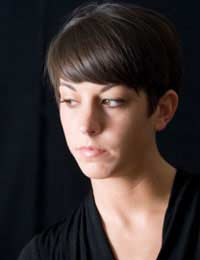 With alcoholism it's often the case that the last person to admit to the problem is the alcoholic. Alcohol abuse can go on for years with the alcoholic living in denial, and causing destruction and unhappiness all around them.

Usually what happens is that the alcoholic will suffer some kind of crisis which will bring them to their senses. It could be that they hit rock bottom, find themselves in some kind of emotional calamity, perhaps ill health can even be the trigger (although alcoholics can often go on damaging their health for years and ignoring it). Whatever it is, it's only when they have come to that realisation themselves that something can be done.

The path to giving up normally follows recognisable stages.

Studies done by Prochaska and Diclemente, eminent psychologists and addiction specialists, show that there is a clear model for addiction behaviour, broken down into five stages; Pre-Contemplation, Contemplation, Preparation, Action and Maintenance

During this stage the alcoholic will still deny there is a problem. Confronting them will lead to denial and anger, and they will reject any kind of suggestion there is anything wrong. Life will be chaotic, and they will seek to surround themselves with drinking partners and situations where drinking is prevalent in order to bury their own excesses and hide the problem.

This stage can happen over a long period of time sometimes, and can also be triggered by some sort of crisis. It's the stage where the alcoholic will start to recognise that there is a problem. They are unlikely to have any plan of action at this stage but will be coming to the realisation that there is a problem and that things have to change. This can be a tough time, depression can kick in as they start to see what's happening and know that they have to face up to it.

The stage of preparation is where change can start to happen. Often addicts will 'test the water' here, start to make some changes. Overall they are mentally preparing themselves for the big leap. On a practical level, it's also a good time for setting up the method for giving up - whether it's visiting a GP, enquiring about residential treatment or simply telling family and friends. The alcoholic is preparing him or herself for 'the big leap'.

This stage is pretty self explanatory, but it's not just about actually giving up, it's about getting used to new behaviour, and keeping in mind the positive aspects of staying sober. Relapses often happen at this stage, the addict being triggered easily to revert to previous behaviour. Support of friends and family is key at this stage, as is counseling or therapy to help reiterate the benefits of staying clean.

Ongoing maintenance is very important. Giving up and getting sober is hard, but it's also hard to stay on the straight and narrow. Those with alcohol dependency or alcoholism will often find it easy to be drawn back into drinking, and need to stay alert to the possibility of relapse. They also need to think about how to deal with the effects of relapse, both mental and in terms of the addiction, and put in place ideas for taking control again if the worst happens. Support groups can be invaluable for this ongoing stage, such as Alcoholics Anonymous.

A final consideration, and also a kind of sixth stage although it's not necessarily the case for everyone, is relapse. The alcohol dependant will 'fall from grace', and usually go at it hell for leather. It's then important to evaluate what has caused it, and try to get back on track without feeling despondent. Recognizing what has triggered the relapse and putting in place stronger coping strategies to avoid it happening again in the future is paramount