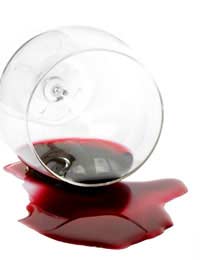 Preventing alcohol abuse is one of the most challenging tasks for the government and the public. Rising use in Britain, particularly among young people, has led to an increase in alcohol-related violence and health consequences from alcohol abuse. But how can we prevent abuse both on a national level and by doing our own part?

One way that it's thought we can control alcohol abuse is through taxes on alcohol. Studies suggest that by increasing the price of beer, for instance, there is a reduced level of drinking among young people. Higher taxes can also reduce the number of car accidents where alcohol is a factor.

Still, the policies have their limitations. The heaviest five percent of drinkers tend not to reduce their drinking when prices are increased. But the fact that others do could mean their improved habits prevent them from becoming a heavy drinker later in life.

Warning labels are thought to be a useful tactic to prevent alcohol abuse. By educating drinkers as to the consequences of drinking, it is hoped that people will make more responsible choices. There is some debate over just how effective these labels are though. In one study, pregnant drinkers reduced consumption after the labels were introduced but it didn't influence those who were the heaviest drinkers.

If you are only just noticing that your drinking is causing physical and/or emotional problems in your life, you can seek professional help or try some helpful tactics of your own as well. Problems might include missing work because you feel sick from a night of drinking or you might be partaking in dangerous activities such as driving while under the influence of alcohol.

For some people, being able to identify their triggers is key for preventing alcohol abuse. This is as true for those who are only just acknowledging the effects of alcohol as it is for those who have been through alcohol rehabilitation programmes. A trigger may be a specific social situation or environment. Other triggers can include emotional states such as boredom or as a way to numb depression.

Another important part of preventing alcohol abuse is to find other outlets for your needs. Rather than drinking as a way to relax, why not try sports or physical activities that can get your endorphins – nature's 'feel good' chemicals – into action. The idea is to identify the underlying emotions that lead you to drink and to find positive, healthy outlets for them.

To prevent alcohol abuse, it's ideal to have strategies in place early on before issues with drinking lead to full-blown abuse. But when these fail, having options for treatment remains vital in helping people prevent further alcohol abuse while they build a path to recovery.

Specialised addictions counsellors and in-patient treatment programmes for alcohol addiction mean that resources are available for those who need it. Try some of the options above for preventing alcohol abuse but remember that if you need help, it is available whenever you are ready to ask for it.

Is Alcoholism Hereditary?
Share Your Story, Join the Discussion or Seek Advice..
I have lived with an alcoholic for 40 yrs. Our two children were brought up within a difficult environment. And Yes, it has affected them and still can. But they are both, thankfully, in good relationships. They each work happily in their chosen field. My own family were not affected by alcoholism, until my Mum started to use alcohol as a crutch after Dad died. In an effort to understand our family situation I studied counselling and psychotherapy to Diploma level. And subsequently worked as a Counsellor. My husband's use of alcohol is increasing. His health and behaviour are affected. Having experienced it long term and across three families I would suggest that to stay in such an environment is to foster/encourage continuing use of alcohol and all that's associated with it. Co-dependency is the bi-product. but my husband's childhood and that of his siblings was deeply affected by his Father's alcohol abuse.
Tinks - 30-Dec-15 @ 9:02 AM
Title:
(never shown)
Firstname:
(never shown)
Surname:
(never shown)
Email:
(never shown)
Nickname:
(shown)
Comment:
Validate: