Home > Family Life > Pretending When You Have a Drink Problem

Pretending When You Have a Drink Problem 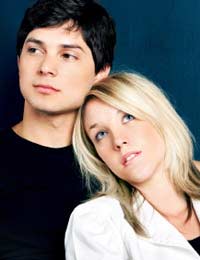 For alcoholics, one of the most common factors of the illness is not facing up to it. Pretending there is no drink problem. It might seem incredible to the outside observer, but they will often go on for years pretending everything is fine, even through it’s very clear that there is a serious problem.

It will usually take some kind of crisis to change their behaviour, or finding themselves at rock bottom. It’s worth noting though that sometimes alcoholics never face the problem and the number of homeless and desperate who drink is testament to that fact. It’s often the case not that they drink to feel better about being a vagrant, it’s the other way round. They are there because drink has ruined their lives in the first place.

Very often alcoholics will go on drinking for years without admitting to the problem. They will lie, not just to everyone else, but to themselves too – denial is a huge part of the condition.

Anyone who has lived with an alcoholic will recognise this. It’s very important to understand that whatever happens, the only person who can make the decision to quit drinking – and that is what needs to happen – is the alcoholic themselves. Pleading with them to stop will yield little, except empty promises and the effect of pushing the habit further underground. The alcoholic will drink in secret, lie about it, hide empties around the house and then often become angry or aggressive when questioned.

Are You Aiding And Abetting?

Those living with the alcoholic can often end up actually helping to perpetuate the problem without even realising it. So the first thing to do is to stop helping to facilitate the drinking.

Very often well-meaning family will actually be supporting the alcoholic without even realising it. This might possibly through covering up for them, which means that the drinker can carry on without having to face up to the facts. You might think you’re doing the right thing by keeping it from friends, but you’re really just providing a safety net.

Or maybe you’re giving them the excuse to drink by continuously confronting the alcoholic, giving rise to constant arguments and therefore creating a reason for them to keep drinking – a home filled with chaos is a simple reason to blame drinking to escape on after all.

What Can You Do To Help?

The best thing to do is to do nothing. If you mop up after them or take the trouble to cover up for them by lying to friends or work, it’s like you’re condoning the behaviour. If you shout, you’re giving them an excuse. If you press on regardless, the drinker will have nobody to point the finger at, and hopefully will come to realise what’s going on. If they fall asleep on a bench, leave them there. If they start to point the finger at you, don’t rise to it. It’s your only real hope of getting the alcoholic to see the truth.

Most importantly, acknowledge that it’s not your place to stop someone drinking, nor could you do that even if you wanted to.

Codependency: How Families Enable Alcoholics to Function
Share Your Story, Join the Discussion or Seek Advice..
i have been with my husband for 15 yrs and have 3 children I have recently decided to leave my husband due to his drink problem which he doesn't see he has I have tried for yrs to help him stop it cut down and nothing has worked its effecting the whole family and have decided enough is enough even though we arnt together it still hasn't occurred to him maybe he does have a problem and I think he's thinking in time if he leaves me be I'll take him bk like all the other times when he's given me false hope !! He lies about his drinking he lies about the amount he hides drink since he moved out my house is calm and peaceful and much better place to be kids seem happier us apart as well just hope one day he wakes up and relises and helps him self as I've woke up to relise I can't help him the only person tht can is himself and now it's for me to build my life and my kids life bk to where it should be it will take time to adjust but I'm hoping one day I'll look bk on all of this and think wow look how far I've come
Gullible wife - 9-Nov-15 @ 2:11 PM
Hi, i just found this site, i wish i had off found it long ago, i am with an alcoholic, have been for 9yrs on and off,everything thats on here is true, suppose i knew it, but did not want to believe it, i have stood by him running to hospitals he has pacratitis, dont think i spelt that right sorry, he was told to cut down or stay off it, promise after promise i got, last week i just had enough, he was ill wind he said, thats a laugh cos he always says that, well he had been off it 2 days, and his moods were awful, i was called a waste off space, ugly and much more, he has beat me in the past, and i have forgive him, i had not seen him for a week, but got a real shock, when he turned up drink on him and told me he did not want to be with me any-more, as he would be happier without me, i am still in shock, as i did look after him, my kids girl 23 son 19 really dislike him and are so pleased, ive lost family and friends through him also, but what i would really like some-one to help me with is why he is worse when he is not drinking, and is it my fault that he no longer wants to be with me, he has asked a lot in the past if i would marry him, i told him if he kept to his promises then 1 day. i am a widow age 49, i lost my hubby 13 yrs ago, he was not a big drinker, we used to go out at weekend, never drink during the week, i think thats why people dont understand how i ended up with an alcoholic. should i just leave him to it, and dont bother to ring him, i really dont know what way i feel. so i really hope that some-one on here can help me. many many thanks.
mistie - 26-Aug-11 @ 2:34 AM
Title:
(never shown)
Firstname:
(never shown)
Surname:
(never shown)
Email:
(never shown)
Nickname:
(shown)
Comment:
Validate: