Home > Family Life > The Problem of Teenage Drinking and Alcoholism

The Problem of Teenage Drinking and Alcoholism 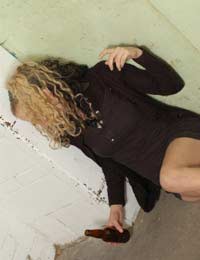 Whilst alcoholism in its truest form is normally the province of older people, there are an alarming number teenagers and even younger children who have alcohol issues.

It's a big issue in the press; the frequency and infamy of binge drinking amongst young people and the explosion of underage drinking makes appalling headlines. But the headlines only really show part of the issue.

British teenagers and young people often have the attitude that the definition of having a good time is getting as wasted as possible. The tales of drunken bravado, the stories of how trashed they were, they see this as something cool, something that makes them popular and amusing company and the actual details of the night out pale into insignificance - it's all about how much they drank.

Drinking irresponsibly like this is risky for anyone, but young people can find themselves at the mercy of all sorts of problems, including having their drinks spiked and them being raped, or to perhaps finding themselves getting arrested for throwing up in the street or fighting.

Teenagers need to realize that the number one date rape drug used is alcohol, not rohypnol or ketamine.

Both girls and boys are vulnerable and for various different reasons. Boys can find themselves getting beaten up, mugged or attacked when under the influence. And boys can also be drugged and raped too - it's not just girls at risk.

People, particularly boys, will also find that alcohol releases the daredevil inside them, leading to mad acts of bravado that can often lead to accidents or confrontation. Stunt behaviour like climbing scaffolding or hoardings might seem a great idea after several pints, but it isn't really.

Accidents happen on the streets too; it's a fact is that eight out of 10 pedestrians knocked down and killed on Friday or Saturday nights are under the influence, wobbling about in the street, or roaring up and down in the road.

Something for both sexes to think about here - unprotected sex, which can obviously lead to unwanted pregnancies, but also STDs. Using a condom can help prevent both these things, but this often gets forgotten when heavy drinking has been taking place.

Are you a Worried Parent?

If you are the parent of a teenager or youngster that is drinking too much can be stressful and worrying. But tackling the subject is never straightforward. It's all too easy to go in all guns blazing and have a heated row or argument over it all, but there are ways of trying to tackle this with a bit more tact and communication.

The first thing to do it to remember is that a huge part of talking is listening. Don't lecture, but rather sit and explain the dangers of excessive drinking, and the positive aspects of having a healthy lifestyle, including keeping on top of excess weight! Remember to stay calm and to take the time to hear responses. It will make a big difference.

Teach by example. It's no good telling your children or teenagers that drinking is bad for them if you yourself are often drunk.

Stay up to date on information relating to the dangers of alcohol, including as the health effects, dangers of spiking, date rape, underage drinking and so on. You will enjoy more respect if you sound like you know what you're on about.

And be realistic. Teenagers have always experimented and drunk alcohol, whether it's from their parents cocktail cupboard, or by asking strangers to buy them cider in the local off license. And recognise peer pressure too. Help your child arm themselves with ways to say 'no' and still be cool, like 'it's too high in calories', 'It makes me sick' or even 'I don't like it'!