Home > Treatment & Support > Rehabilitation for Recovering Alcoholics - What That Means

Rehabilitation for Recovering Alcoholics - What That Means 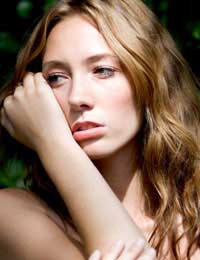 Rehabilitation is not just about giving up. When a person’s life has been controlled or affected by alcohol addiction, giving up is only part of the journey. Recovering alcoholics will need to be strong to stay off the booze of course, but it’s also about changing their life, and they will need support for this.

What Exactly Does Rehabilitation Mean?

The Oxford English Dictionary defines the verb to rehabilitate as “1 restore to health or normal life by training and therapy after imprisonment, addiction, or illness. 2 restore the standing or reputation of. 3 restore to a former condition.”

In simple terms, it means getting back on your feet, finding your old self again, and learning to live a normal life, they way you were before alcohol took over.

The hardest part of giving up, so it is often said, is making the decision, and nobody can make that decision except the alcohol abuser themselves. As an alcohol abuser or alcoholic, many people will have lived in denial for some time, even years, before something finally makes them stop.

Coming to terms with their addiction can often be extremely frightening, particularly where the physical dependence is strong, and the withdrawal symptoms will be extreme. The recovering alcoholic will need a lot of support and encouragement by loved ones and friends, and they are likely to be quite frightened.

Getting the Right Sort of Treatment

If there has been years of heavy and regular drinking; morning, noon and night, giving up is going to make an alcoholic quite ill; there’s no point in denying it. If this is the case then it may well be worth considering residential rehab for the first stages. If you can’t afford this, try approaching your GP about it, because if the condition is bad enough, or perhaps if you are on a low income, and it’s deemed the best course of action, often residential treatment can be supported by the NHS.

Giving up at home is generally how most people do it, with support by their doctor and usually close family and friends. It can be an unpleasant ride, as with any withdrawal, and those in the supporting role must be prepared for this. The alcoholic can often be very ill with vomiting, body cramps, extreme shaking and sweating – even hallucinations in very bad cases. And because they feel so ill, it’s quite possible they may be aggressive too. But once the physical withdrawal stage is over, things will settle down a bit.

In less extreme cases, the symptoms will obviously not be so severe, but one very common factor, severe or not, will be anxiety and fear.

So They’re Clean. What Next?

Once the alcohol is out of your system, and health starts to return to some kind of normality, then the next stages can start to kick in. Therapy and counselling will help the recovery and very few who give up without some kind of support like this will succeed long term.

Counselling and therapy offers the recovering alcoholic a chance to work through a way of making sense of life again. Alcohol may have controlled their lives for years, and deeply affected those around them, so therapies can often include the family.

Support groups such as the AA can be invaluable for those seeking shared empathy. Whilst family and loved ones can be supportive, it’s hard for them to understand the pain you’ve been through.

The most important factor is finding life again outside the bottle, learning to change habits and drinking buddies, and starting to expand into new areas of life.

Most recovered or recovering alcoholics will need long term, quite possibly permanent support as a reminder of the dangers of falling off the wagon. Lapses happen, inevitably, but those who follow a clear path of rehab, rather than trying to do it all alone, will definitely stand a better chance of staying clean permanently.

Alateen: Support for Teenagers Affected by Another's Drinking
Share Your Story, Join the Discussion or Seek Advice..
My husband is an alcoholic.He was admitted to the Priority in 2001 and underwent a programme of residential and non residential support.He remained sober until Nov 2016.Work has got out of balance again putting his stress levels through the roof.We noticed changes in his behaviour as he worked himself into the ground on everything, Eventually we came to realise he was also drinking again.Always in secret.It's heartbreaking.He know we know because we've tried to talk with him about it.We've asked him to go back to AA or the Priory but he says he can get better by himself.He clearly can't.The mistrust is terrible.He always denies drinking even when it's absolutely clear he's drunk.I just don't know what to do for the best.As soon as I can see he's had a drink I look for his hidden stash.Mostly I find it.Confronting him makes no difference, just throwing it away makes no difference, ignoring it makes no difference.I just don't know what to do.I cannot go back to how life was in 1998-2000 Please suggest what my daughter and I can do.
Dimbob - 4-Jun-17 @ 4:32 PM
Title:
(never shown)
Firstname:
(never shown)
Surname:
(never shown)
Email:
(never shown)
Nickname:
(shown)
Comment:
Validate: